In the driest, hottest region of Ethiopia, the nomadic people of Afar have been hit by disaster after disaster. Ongoing drought, “biblical” plagues of locusts and the worst flooding in Afar’s living history have laid waste to homes and livelihoods, and left the people of Afar teetering on the brink of survival.

With much media attention diverted to the conflict and humanitarian crisis in the neighbouring region of Tigray, Afar's has unfolded near silently. Find out more about the developing events and read the latest from-the-field reports from Afar project partner, Valerie Browning.

Statement from the CEO

Watch a video update from Sharon Elliott, Ethiopiaid Australia CEO, on the developing events in Afar.

Massive locust swarms enter Afar, numbering in the hundreds of millions. Each locust can fly up to 150km a day and can consume its own body weight in vegetation daily. Shrubs, crops and grazing lands are destroyed. Farmers have nothing to feed their cattle. This is the worst locust infestation in a quarter of a century.

First reported case of COVID-19 in Ethiopia. While death rates have remained low, restrictions on travel, social distancing and the closure of markets have left people without the means to earn income. The poorest and most vulnerable are impacted the worst.

Flash flooding caused by sudden, heavy rainfall. After so long of drought, the rivers overflow. Homes, schools and health centres are destroyed. APDA reports that over 40,731 of their beneficiaries have been displaced; no food, no livelihood, no home.

Conflict begins in Tigray between Ethiopian government & Tigray People’s Liberation Front, spreading to whole of region. By mid-January 2021, 89,000 refugees have fled from Tigray into Afar to escape the rising violence.

The conflict in Tigray has stopped commerce between Afar and Tigray. Afar’s local markets, which trade in locally-bred livestock and goats, have fallen from selling up to 24,000 goats weekly down to a mere 300. With livestock being the lifeblood of the Afar region, farmers lose their primary source of income.

“As of January 18, the first phone calls came in of the dreaded locust swarms coming back to Afar Region. As they flew in, fully grown beasts described by some Afar as ‘as big as birds’ punched fear and dread back into the hearts of the herdsmen.”

It has now been 7 months since the last rains in Afar. APDA have been trucking fresh water via specialist “water trucks” from late January to mid-April 2021.

“This long dry season compares in its terror to the worst the Afar have seen. The government and APDA are reportedly alone in trucking water, people literally clambering onto the trucks to get the water in desperation.” 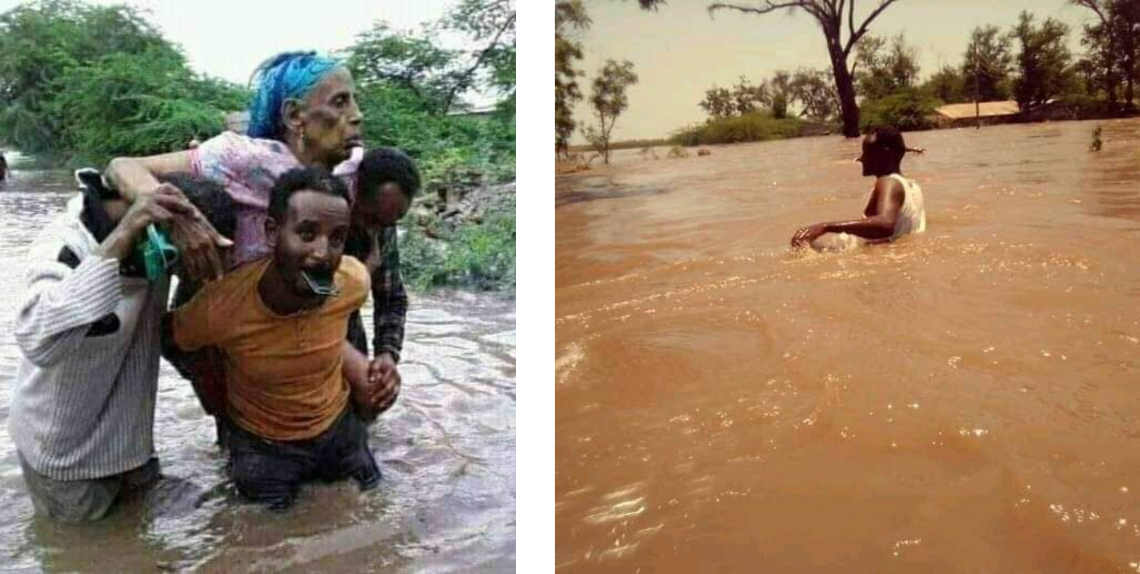 Flash floods in the second half of 2020 left 40,731 of APDA's beneficiaries without food, livelihood or home

Direct from the field: Update from Valerie Browning

Read the reports from Valerie Browning, Co-Founder of local project partners Afar Pastoralist Development Association, as she reports directly from Afar on the unfolding crisis.

It is now 6 and even 7 months since the last time rain fell following the main rainy season in 2020. The overview published by the emergency desk in the government Disaster Prevention and Food Security Program Coordination Office in early April reported 300,000 people in dire need of water trucking, the closest water for them being too dangerously far to assure those waiting for water and/or those collecting the water do not die of thirst under temperatures of around 40 degrees.

This long dry season compares in its terror to the worst Afar has seen. The government and APDA are reportedly alone in trucking water. The government now hires 24 water trucks and APDA had trucked water from late January till April 13th in Kori, people literally clambering onto the trucks to get the water in desperation.

Perhaps the most dramatically affected community is Bidu, where temperatures barely go below 30 degrees and sit above 40 for most of the year, a district structured on ancient and recent volcanic lava. Women of Bidu walk the dangerous 20-hour walk there and back to collect water, leaving in the cool of the evening and arriving home early in the morning, two days later.

Afar are now comparing the current crisis with the worst they have known. APDA is struggling way beyond its capacity to help out in nutrition screening and malnourishment treatment in Afar’s 10 most remote districts where no other aid from government or NGO comes.

The government Situation Overview of April 6th states 657,971 people in rural Afar are currently food insecure and over 20,000 malnourished children and mothers are not being assisted as, by conventional means, they cannot be reached. This is the population that only APDA mobile health workers on foot can reach.

One of these 10 districts, Teeru, has only horror stories with 27 x under 3-year-old children brought on homemade stretchers from distant places and hospitalized in the month. All have unspeakable malnutrition, the child too weak to actually swallow anything thus unable to be treated at home by the mobile health team. Three children died this way from March to early April. The overall malnutrition for Teeru shows the district to be deep in famine.

APDA is now reaching out to such communities in 10 districts walking to over 40 scattered communities and struggling to treat/assist/refer upwards of 12,300 children under 5 years endangered by acute malnutrition. This is in addition to supplementary food for pregnant and breast-feeding mothers in the same communities living with malnutrition endangering themselves and their unborn/breastfeeding child.

Hemmed in by conflict…

Women, the elderly and unaccompanied children are fleeing from violence. These poor people are in abject terror and when asked what they need, they replied PEACE. Most of them fled in the daytime without their family intact - children, as young as 5, and husbands are missing from them. They are too shocked to digest the fact relatives were shot while fleeing.

Liya* said she was with her 2 donkeys with bags of grain to bring to the house when the fighting started. She had the baby strapped to her but her other 3 children were around the house. She ran in one direction, but now assumes her children ran a different way. She has no information on her children: 9 years, 7 years and 5 years, nor where her husband is – she fears he may have been taken. Liya heard from others that her house was looted and then burnt to the ground. She said as she ran, the military were firing at her and she just kept running and eventually, after finding other people, they hid in a forest area where there were some caves. By then, the number hiding in the forest was many.

A nearby Afar village brought what food they had to feed those fleeing. Afar youth and men then gathered and went into the forest to find their Tigrayan neighbours hiding. They literally carried them out of the forest, away from the border, as they were so weak from hunger.

Since the outbreak of conflict in early November 2020, Afar families have gotten only minimal help from government relief system to feed and house the Tigrayan refugees. APDA is treating animals and feeding goats in almost destitute households as well as providing supplementary food to the hundreds of malnourished pregnant and breast-feeding mothers. 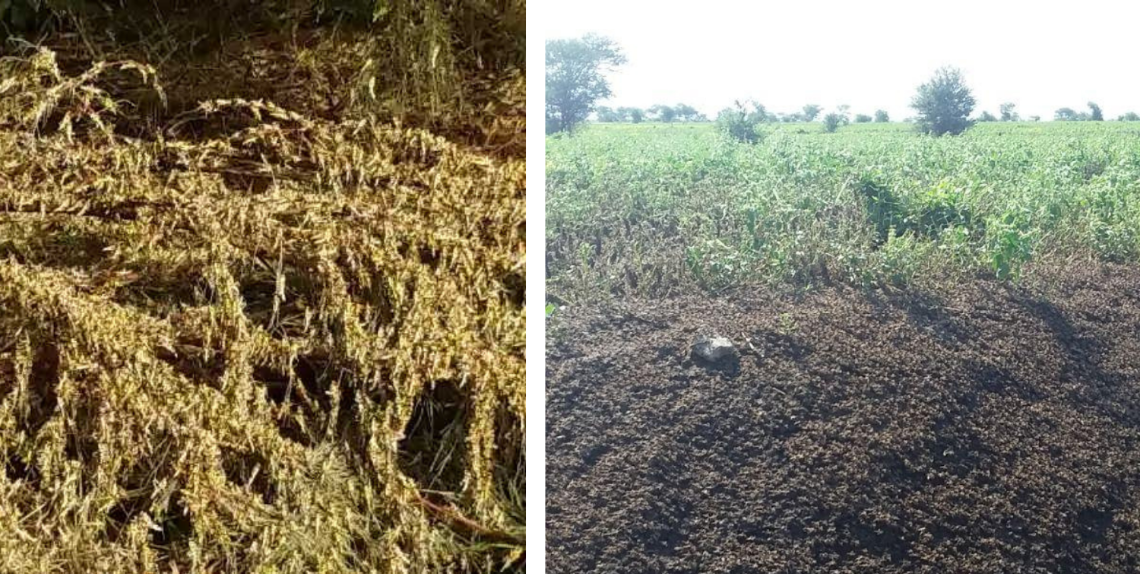 Left: The yellow you see is a swarm of locusts feeding on shrubbery. Right: The bare earth the locusts leave behind in their wake.

The situation so far 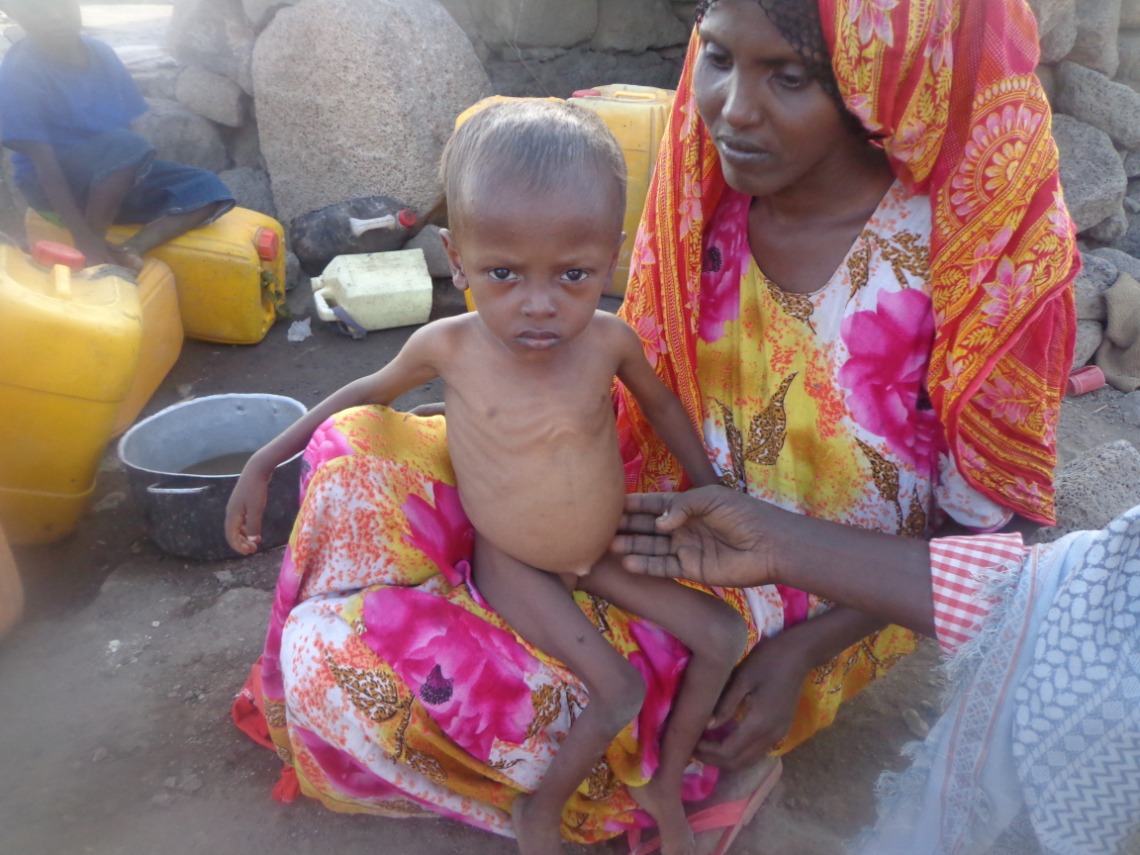 Valerie and APDA are extending all their resources to provide the emergency relief that's needed so desperately in Afar now, while working towards the long-term recovery and resilience of the region.

If you would like to send help, you can make an urgent donation of your choice via the link below.

Any amount you can give will be gratefully received. Warmest thanks from Ethiopiaid and from project partners APDA. 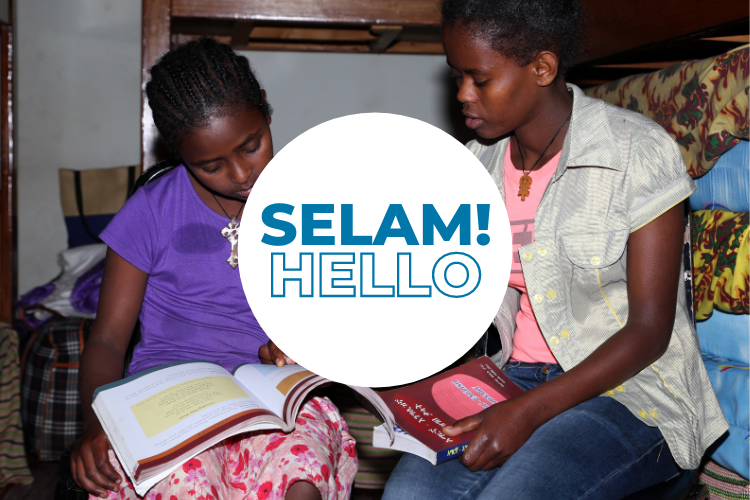 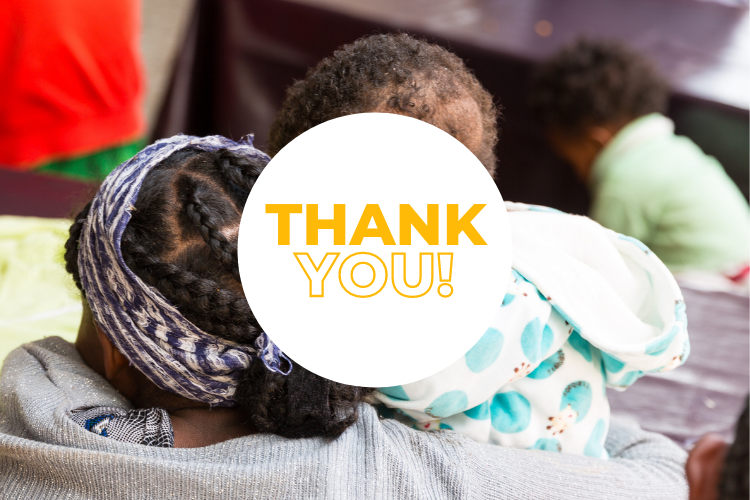 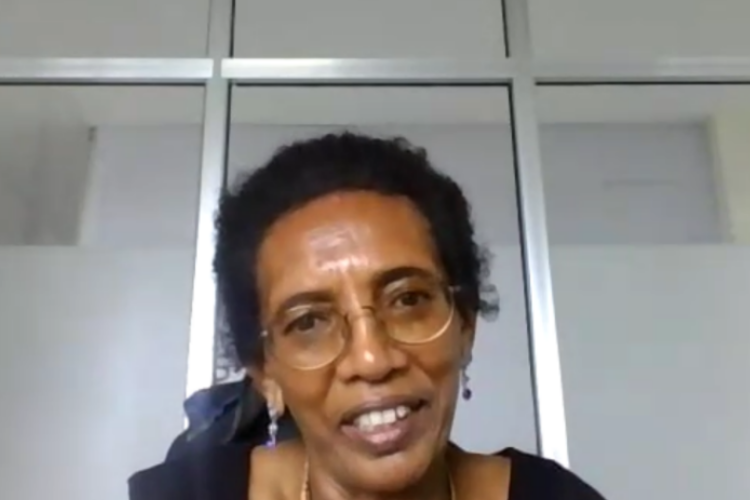